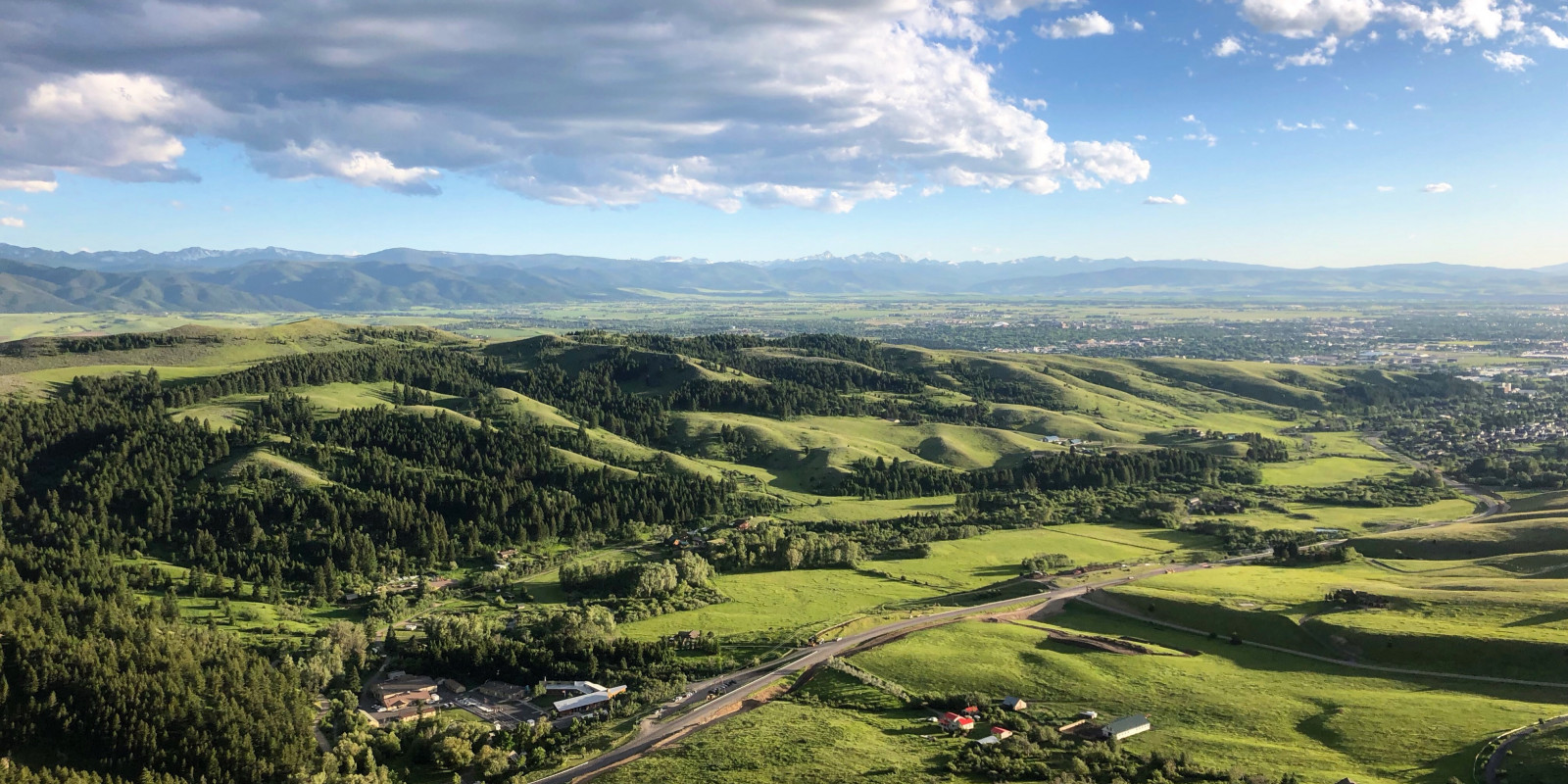 Bozeman’s population is growing, fast. And everyone is wondering, where are people moving to Bozeman from? We’ve got the answer!

Bozeman’s Gallatin County is by far the fastest-growing county in the state of Montana. In the last 7 years, Gallatin County has seen its population increase by nearly 60%, pushing past 107,000 residents. On top of this, Bozeman is the fastest growing city of its size in the U.S. Its population is increasing by more than 3.6% per year, more than four times the growth rate of the state of Montana.

So where are all these people coming from?

You may be surprised to know that most of the people moving to Bozeman are moving from other areas in Montana.

According to the U.S Census Bureau, Missoula & Flathead County in Montana were the top two areas people were moving to Bozeman from. Behind that were Sierra County, California and Snohomish County, Washington. 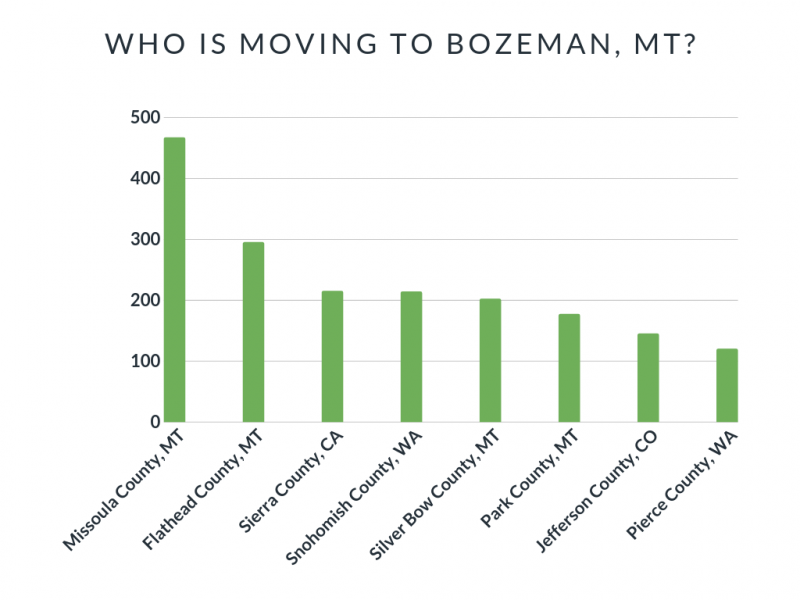 Who are these people?

According to the Prospera 2019 Economic Profile, the 20-29 age group currently makes up a significant (31.4%) percentage of Bozeman’s population, likely due to Montana State University, the high-number of service industry jobs available, and an increasing number of tech companies and start-ups calling Bozeman home. But, projections show that the median age in Bozeman is expected to shift as the 65 and over population is expected to increase by 585% between 2000-2060.  This trend follows the area’s increasing popularity as a retirement destination as Bozeman is consistently named one of the best places in the nation to retire.

Who is moving away from Bozeman?

As for the people leaving, Spokane County, Washington saw the highest number of people moving away from Bozeman. Latah County, Idaho was second and Orange County, California was third.  According to the Prospera 2019 Economic Profile, many people leaving Montana are young, college-educated workers. According to the report, this is a long-standing trend for the state of Montana. The combination of available jobs, cost of living and quality of life is not appealing for this demographic. The report states that only 37% of Montana natives with college degrees still reside in Montana.

*statistics courtesy of the U.S Census Bureau and the Prospera Business Network.

*Population numbers based on statistics between 2012-2016

Click here to learn more about moving to Bozeman, Montana.

What Do Homes Cost in Bozeman’s Surrounding Areas?