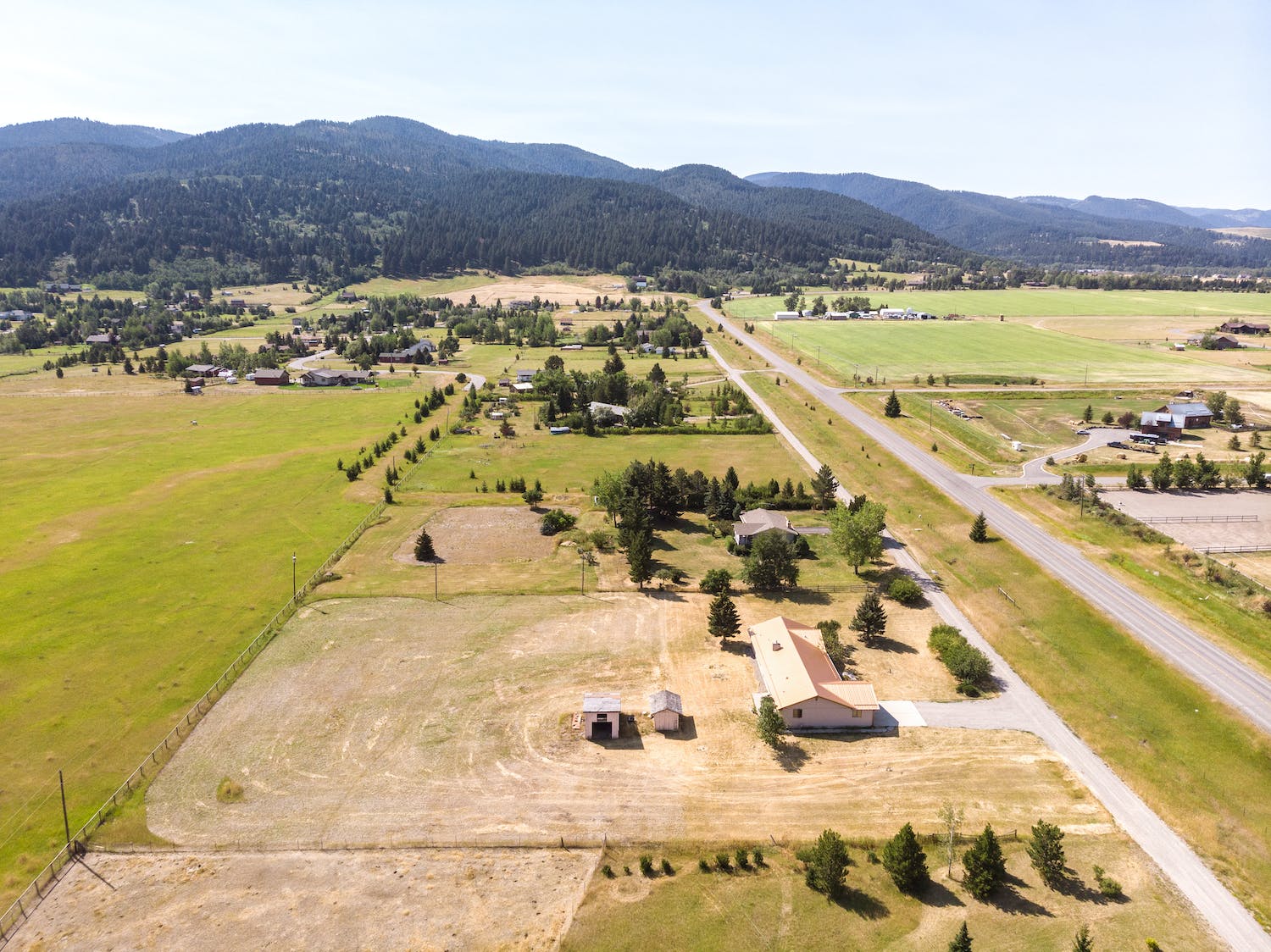 While the real estate market in Bozeman has been experiencing a slowdown, there are still a lot of subdivisions and developments in the works in the area. The following developments are all at various stages of the planning and approval process and we will update this post as they move forward.

Initial approval has been made for this subdivision south of Huffine near Falcon Hollow and Woodland Park subdivisions. The proposed subdivision is for 100 single-family houses on the 32-acre property. The developers say the subdivision will happen in two phases with 60 homes planned in the first. This location is in the county and Bozeman Donut zoning area so water and sewer will be through Rae Water and Sewer District. There is an ongoing discussion about increased road use on Gooch Hill and a possible commuter trail.

Preliminary approval has been given for Ridge Hill Subdivision. It is a 29-acre parcel sitting on the west side of Painted Hills Road. Painted Hills subdivision is on the west edge of the proposed development. The developer is proposing 20 lots in the subdivision. The initial proposal is requesting changes to the county road standards because they hope to extend Ridge Trail Rd so it connects to Painted Hills Rd. There are concerns from neighboring subdivisions about traffic impacts and commissioners are suggesting a traffic impact study be done to address concerns that have been brought up in this area before.

This 55-acre development was recently granted final approval. The subdivision is located west of Baxter Lane and Love Lane, near Black Bull subdivision. The project has proposed 96 single-family lots that are between 8,000-16,000 square feet. The subdivision will have parks and open space that will cover 20 acres of the property. They will be on Four Corners water and sewer. This development was initially proposed in 2019 and has gone back and forth before reaching an agreement where the developers can finish the required work by the county while building the subdivision.

The Buffalo Run development is located off Fowler Lane near Meadow Creek subdivision. The development went through the annexation and zoning process and has now submitted plans to the city for review. The subdivision is a 20-acre property with R-4 zoning which is high-density zoning. The proposal is for 30 buildings consisting of 7 multi-family apartments, 8 rowhouses, and 14 duplexes. Parking would include shared lots and some private garages to provide 571 parking spots. Developers will include a clubhouse for residents and plan to expand neighboring Meadow Creek’s park to add a basketball court, dog park, and trails. This is still a site plan and is in the review process. At this point, developers plan for the units to be available to rent but they have not finalized those details.

This is a new concept to Bozeman and has been well received. It will have 43 residential units on 5.3 acres that use a cohousing model. This is an intentionally planned community of private homes and shared common spaces. Common spaces are things like a garden area, a large common house for community dinners, and park space. The idea is to focus on collaborative living that encourages community. Construction began in Bozeman Cohousing in 2022. They are working with Cadius Partners (the developer's behind South Rows, Gran Cielo, and other developments in the area). Home sizes range from 576 sq.ft to over 1,400 sq.ft. There will be different types of units that include both single-level and multi-level floor plans.

Located north of Bridger Drive and east of Story Mill is Canyon Gate, a new subdivision in the initial review phase. The developer is proposing a mixed-use development with a variety of housing types and commercial units. The plot is 25 acres and has been going through the city’s annexation and zoning process which has drawn some concern from nearby residents. The developers plan to provide unsubsidized workforce housing with a minimum of 60 of the housing units to be more affordable and priced no greater than 120% of the area median income.

A property came on the market yesterday at 8191 Huffine Lane, the location of the Korner Club in Four Corners....

There are so many development projects in the works and so many things happening in Bozeman's real estate market right now, that it is nearly impossible to keep track of...

Finally! Bozeman is Getting a Splash Park

The Splash Pad will be located on the southwest side of the park, near the parking area. Construction for the Splash Pad is expected to begin this summer, no word...