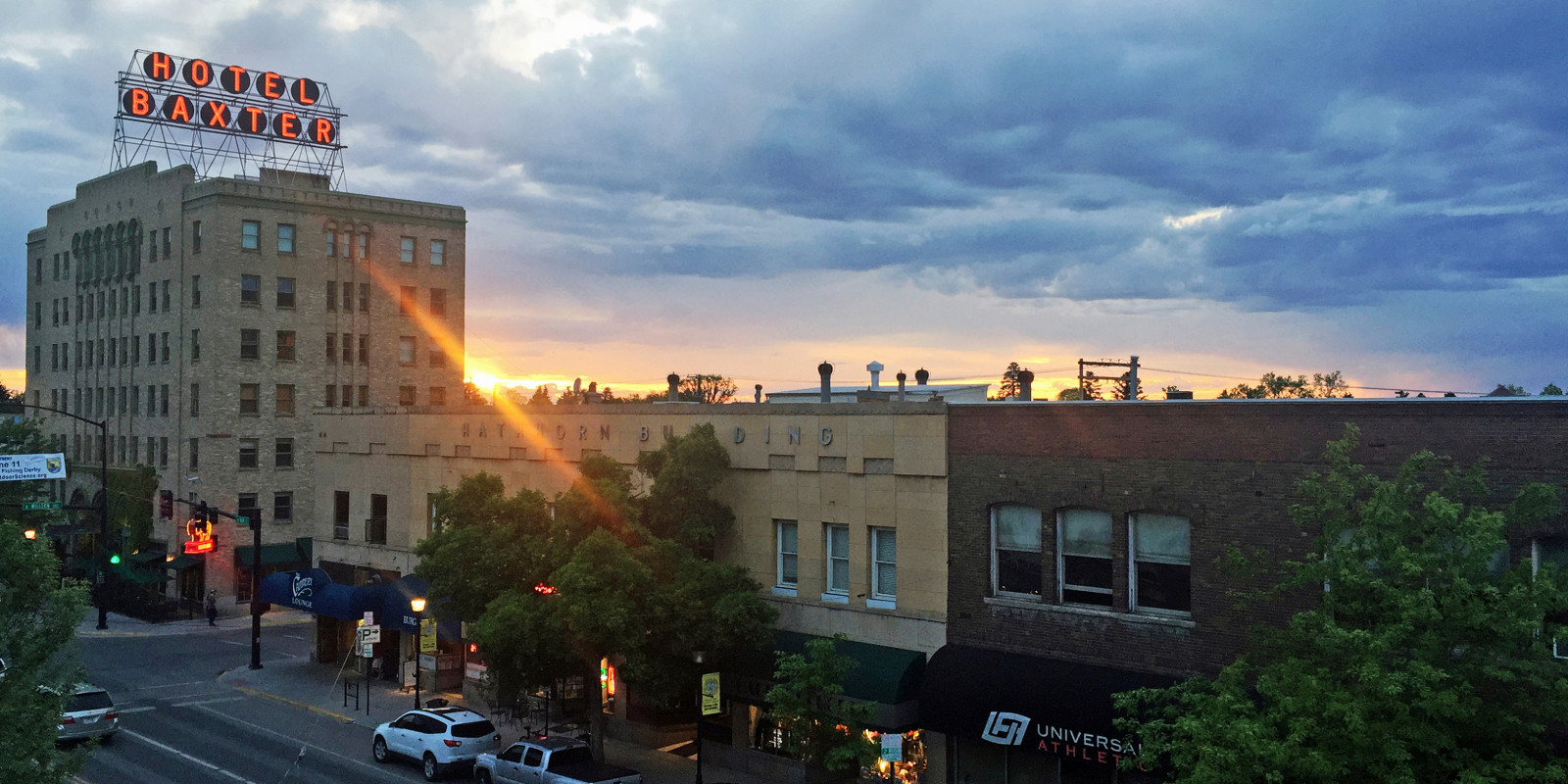 The Downtown Bozeman Improvement Plan has been in discussion for a year and after much research, community input and tons of meetings, it was recently adopted.  All 68 pages of it!  Most of us won’t have time to sit down and read the whole thing so we’ll break it down for you since downtown Bozeman is on everyone’s mind.  The important thing to remember is this plan is a guide as downtown moves forward and each step will have to go through processes and approvals before actually being implemented. 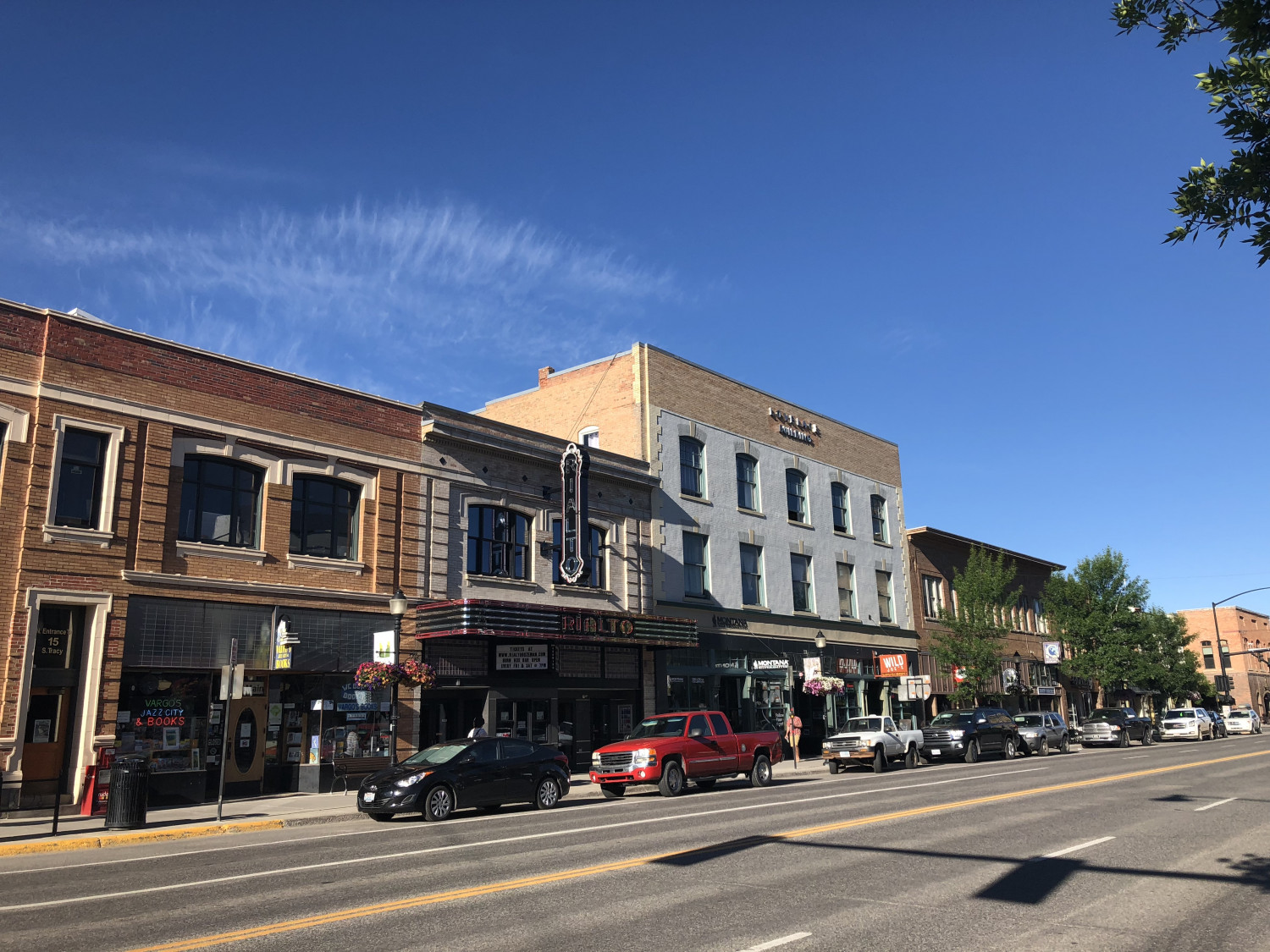 This is the top community concern when it comes to downtown Bozeman!  One of the main goals of the improvement plan is to make parking work better for downtown as it continues to grow. To do this they want to “unlock” existing spaces, create options other than driving and expand the parking capacity. Currently, the parking code requirements don’t align with the parking demand. The office code requirement exceeds the demand so by simplifying the current code, it could open up existing spaces. The plan also includes encouraging walking and biking to downtown which would help ease the parking burden.  Even with both of those ideas implemented, there is still a need to expand parking. To go about this they are considering unlocking privately owned parking spaces and adding more on-street parking by going back to diagonal parking on Main Street. It seems crazy, but that could bring over 100 more street spaces! There is also talks of a second parking structure to help offset the growth. 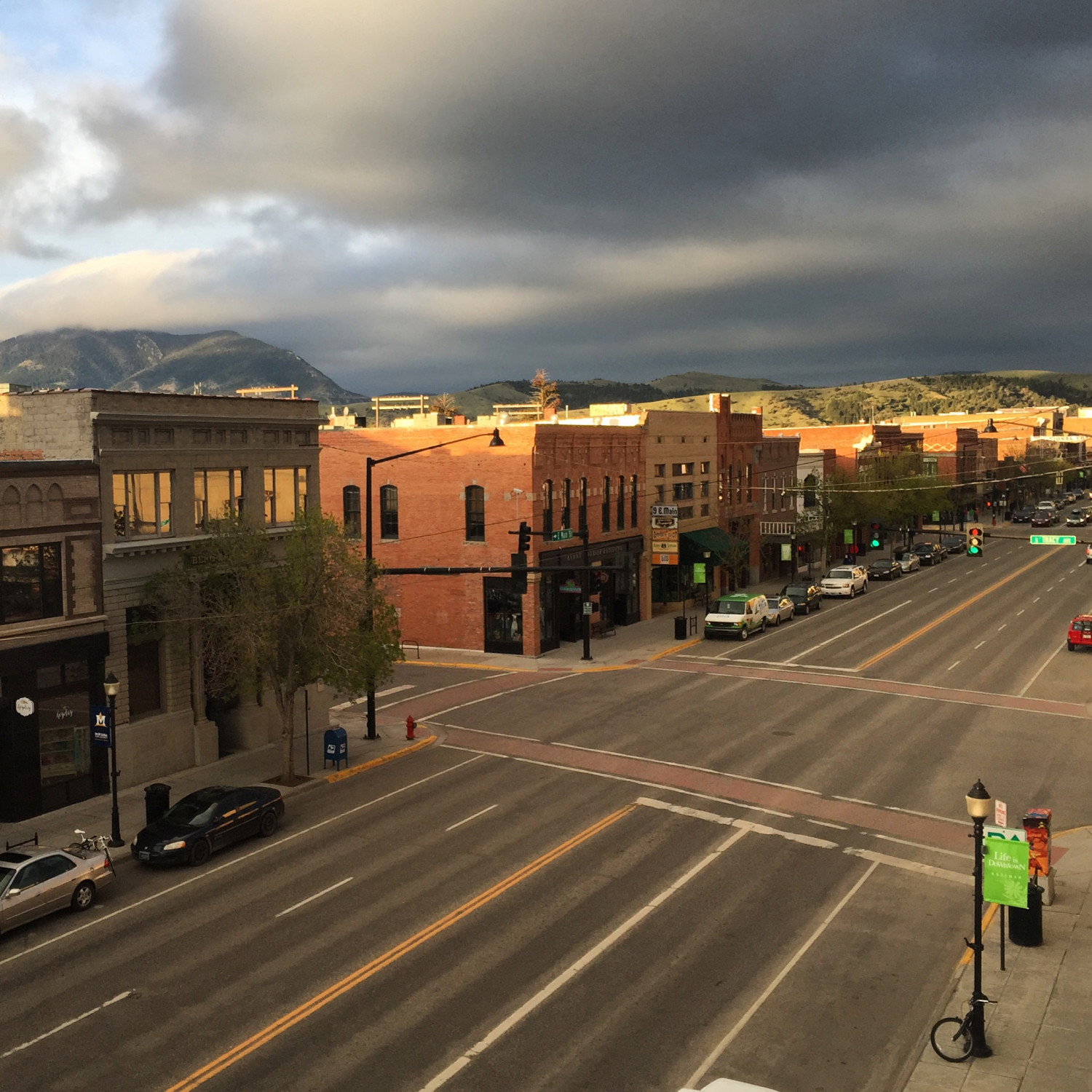 This one might seem like a wild idea at first thought. How would reducing the number of lanes help with traffic flow and parking? However, going back to the original way Main Street was could help with this. It would make a turning lane which can help traffic flow...we’ve all spent time stuck behind someone trying to turn left off of Main Street at a light!  The plan would make use of Mendenhall and Babcock to offset the Main Street traffic.  With three lanes, there would be diagonal parking and better options for biking and walking downtown. 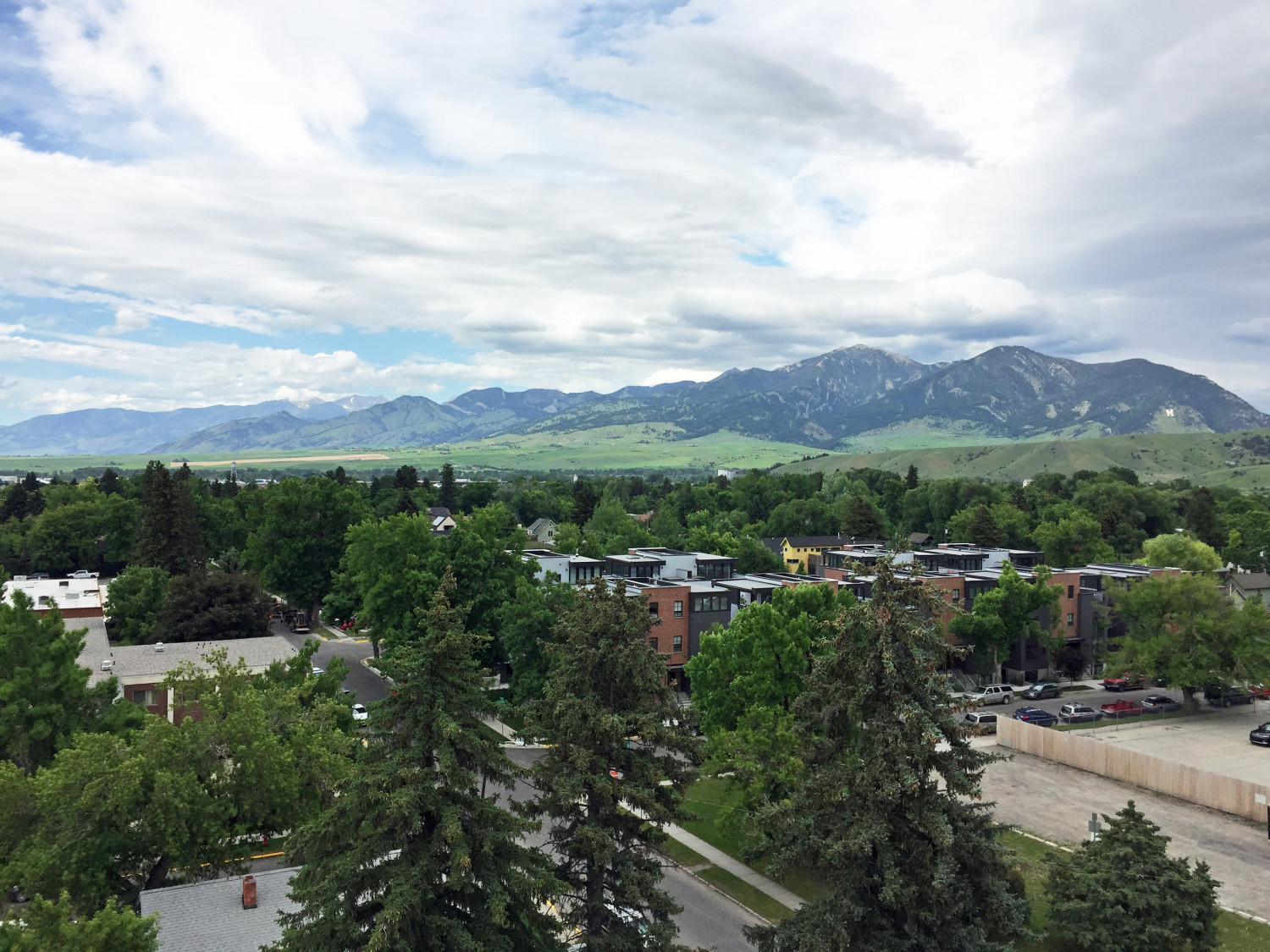 3.  Move out from Main Street

Obviously, the heart of our downtown is Main Street, but in many other cities downtown goes beyond one street. By taking advantage of four key north-south running streets, downtown can expand beyond taking the pressure of Main. The plan uses Wallace, Rouse, Tracy/Black, and Grand to create four unique avenues. Each avenue has its own strength that they would focus on such as industrial, civic and cultural. Wallace, which will focus on industrial heritage, brings downtown past the usual east end of the downtown area. 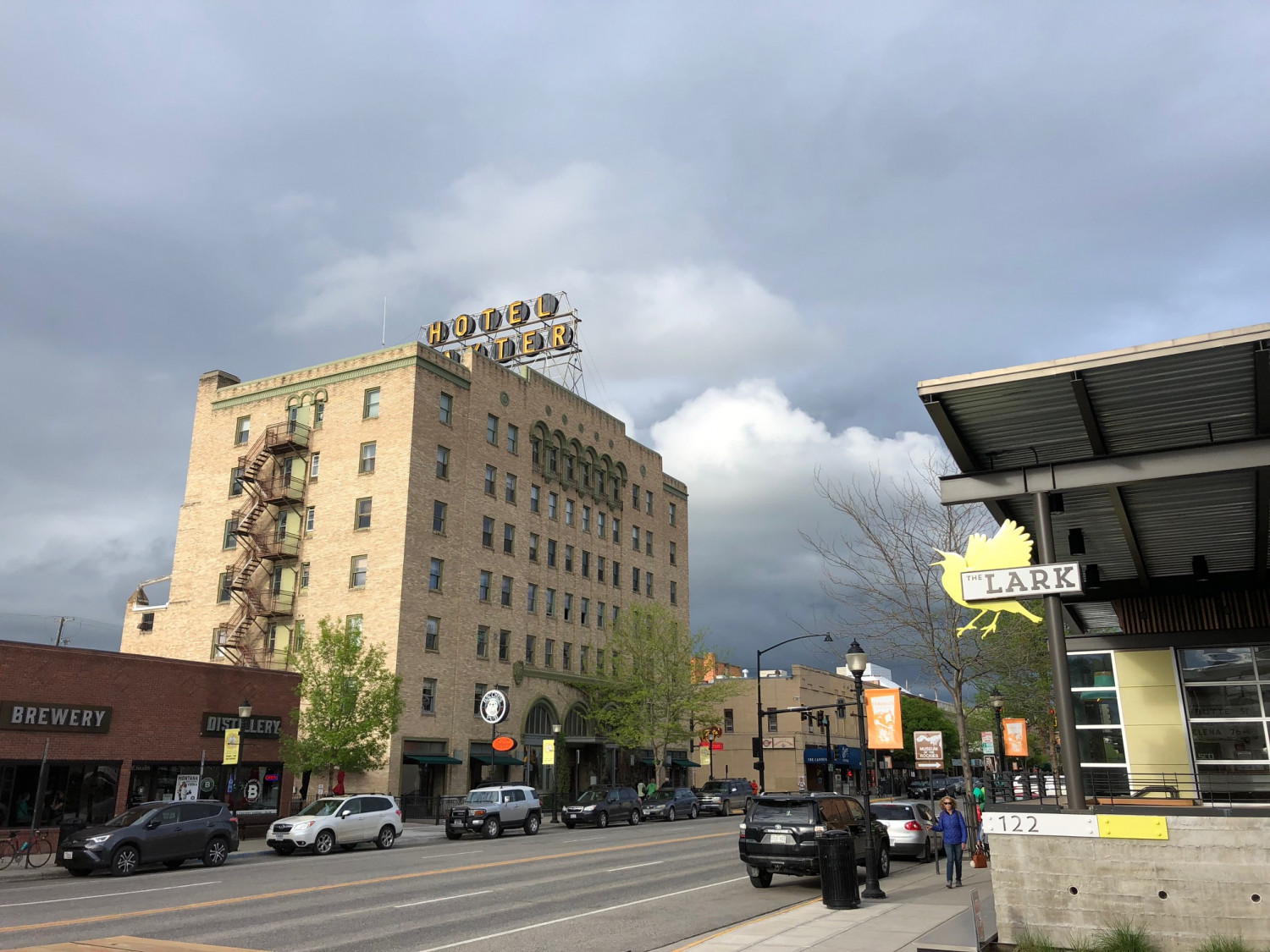 The ability to walk around a downtown is key in any city. It eases traffic congestion and parking problems, encourages businesses to open and thrive, and creates a sense of community. The improvement plan aims to create safer streets for walking, better bike lines and extend walkability to neighboring streets. Adding more trees for shade, street lamps for safety, enhance crosswalks and finding ways to reduce the speed of cars will all contribute to a more walkable downtown.

This is Bozeman, nature is what we all love about it here! An important part of the plan is highlighting the natural surroundings whenever possible.  Creating open spaces to encourage community recreation and gatherings. We are lucky to have several city parks near Main Street and the plan is to make better use of the open space downtown. Revitalizing Bozeman creek, similar to what was done at Bogart park is one big part of the plan. Taking Soropitimist Park and opening it up to make it easier for groups to gather is another.  Creating more picnic areas, a water feature, and equipment for kids in that space. There are also plans to open up some areas for large events near Rouse and Babcock that can take advantage of both the Bozeman Creek and Soropitimist Park. 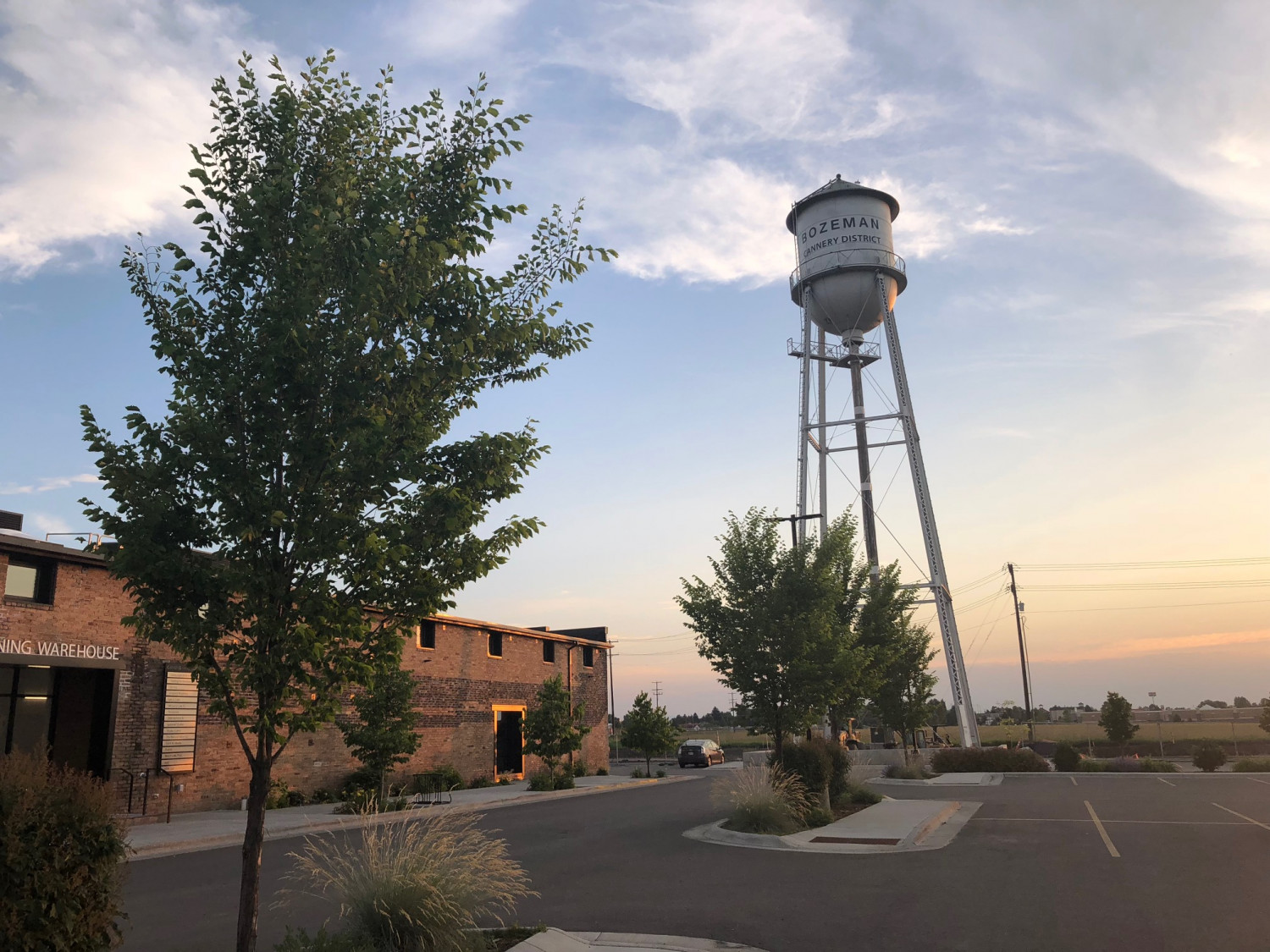 6.  Create connection with other districts

One of the biggest changes with Bozeman’s growth has been new districts popping up throughout town. We have Midtown, the Cannery District, the Northeast District, West Bozeman and certainly more to come. Downtown isn’t the only place for tourists and locals to hang out. By adding more accessibility to downtown from the other districts through public transportation and park and ride options, you can get more people to Main Street. Also making it easy to bike or walk from these areas to downtown. 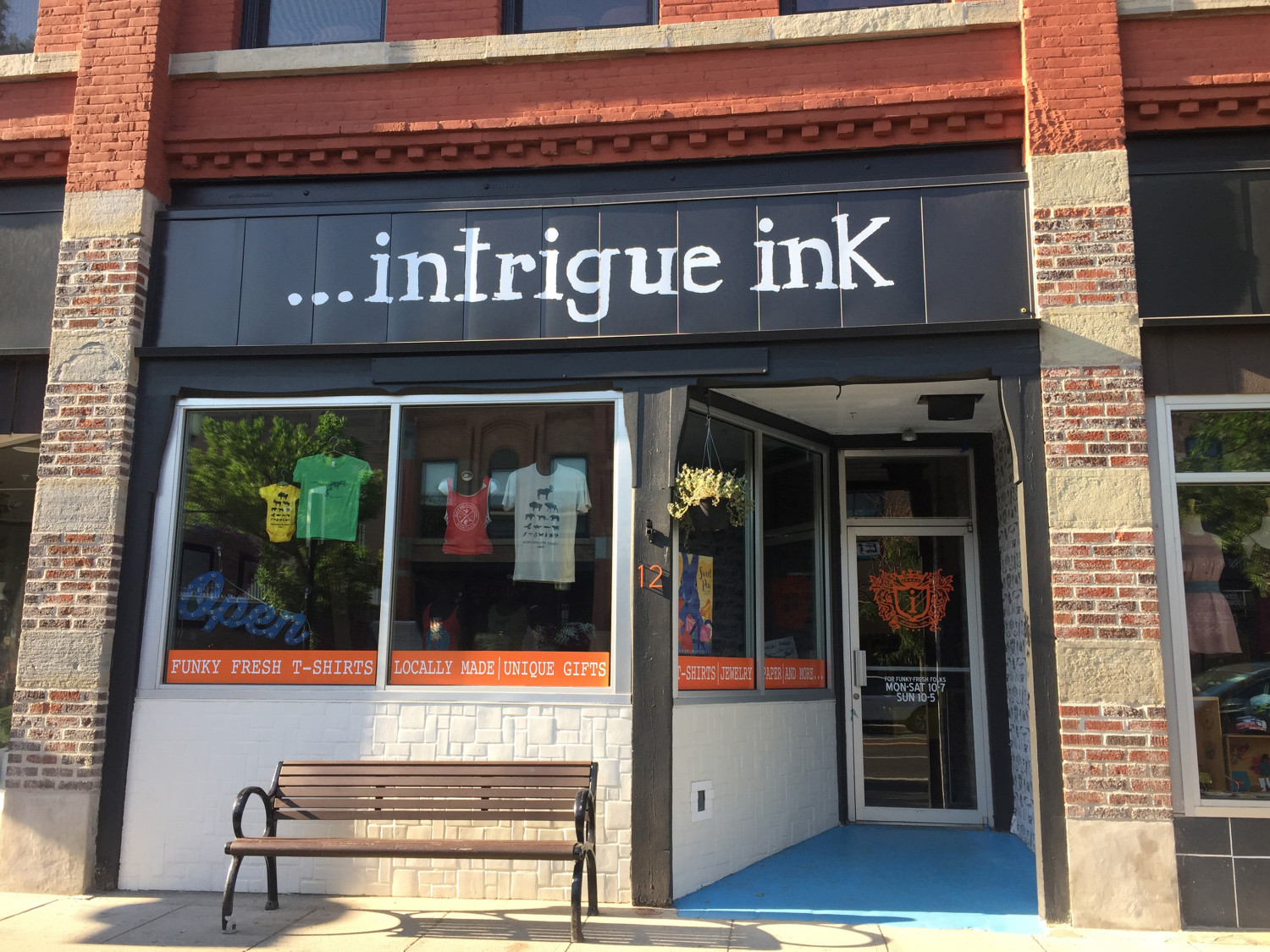 The improvement plan focuses more on the quality and type of retail/restaurants that open downtown rather than quantity. They want to continue to support existing businesses while encouraging both boutique and everyday services downtown. While restaurants and bars thrive downtown, retail can be trickier because they compete with e-commerce. Having unique retail stores will help draw customers to downtown.  (Our personal hope for downtown Bozeman is it stays local and not corporate!) 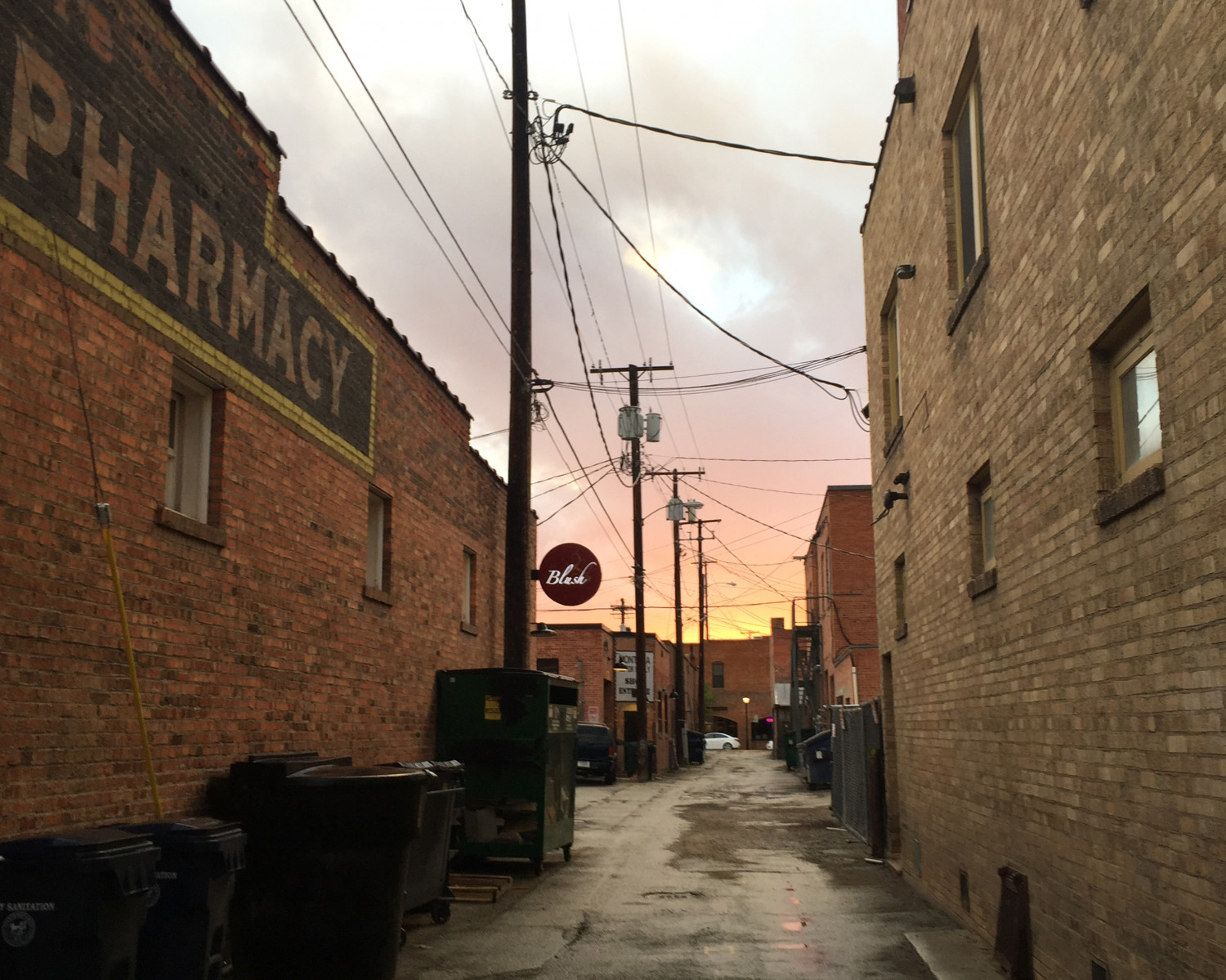 The back patio of Plonk is one of the hottest spots in town, and it faces the alley and parking garage! It just goes to show you that thoughtful design can make alleyways work to the advantage of downtown. While most of our downtown has a focus on Main Street and a few side streets, many don’t think of this alley space. The plan is to promote these smaller alley-based retail/office businesses. Of course, they have to make them work for snow and trash removal, which is something they are taking into consideration. Adding signage, lighting, and art can create hidden gems within our small downtown area. 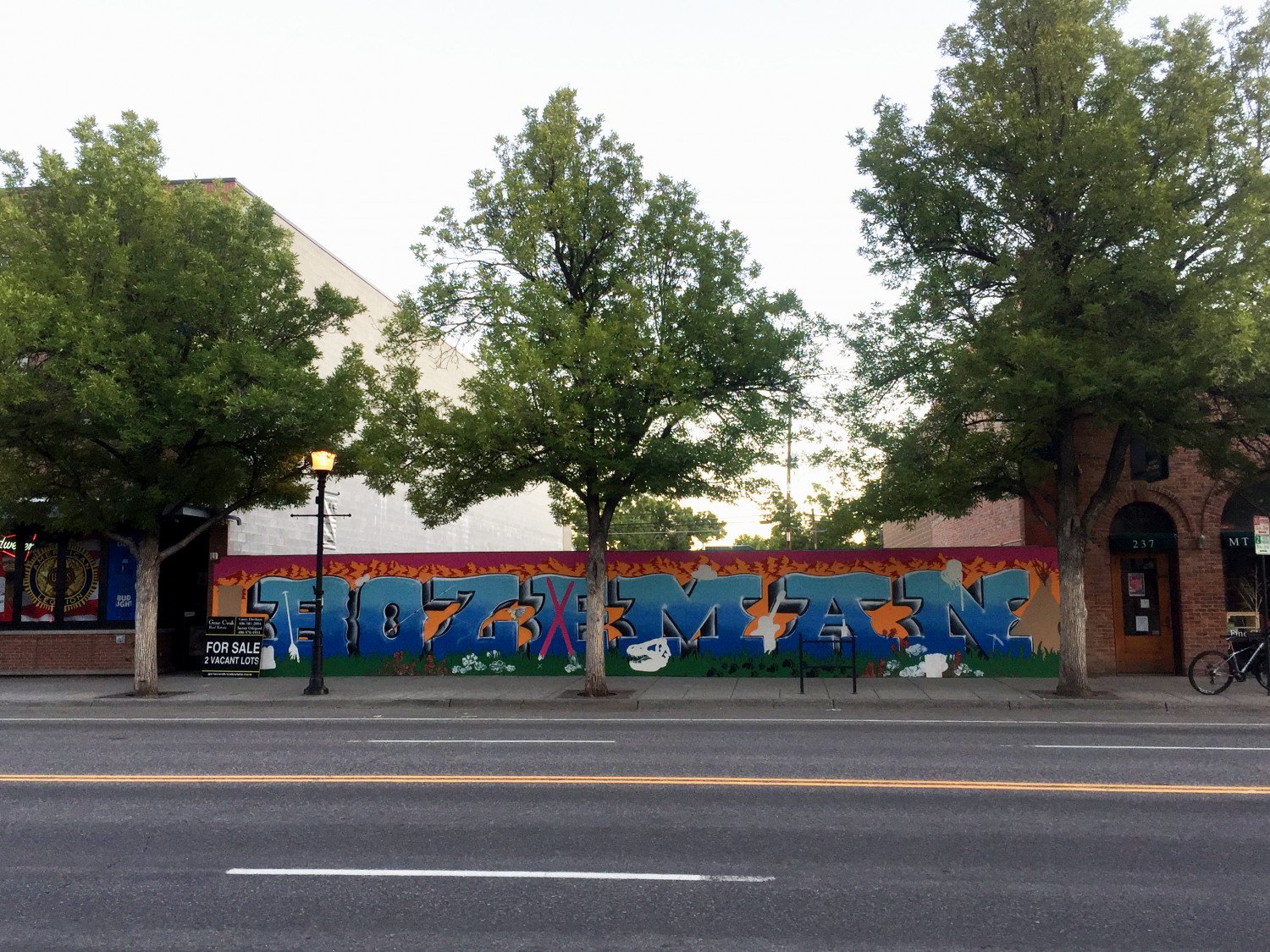 Making downtown a place that includes all ages, incomes, and backgrounds is a big part of the improvement plan. We’ve all been to cities where downtown is where tourists go and locals avoid. This is something downtown Bozeman doesn’t want to happen. Locals are loyal in their support of downtown, local businesses and Bozeman events and this is something everyone wants to see continue. By encouraging more residential downtown and accessibility from other areas, locals will hopefully keep coming to downtown, as well as making it a place for tourists to play. 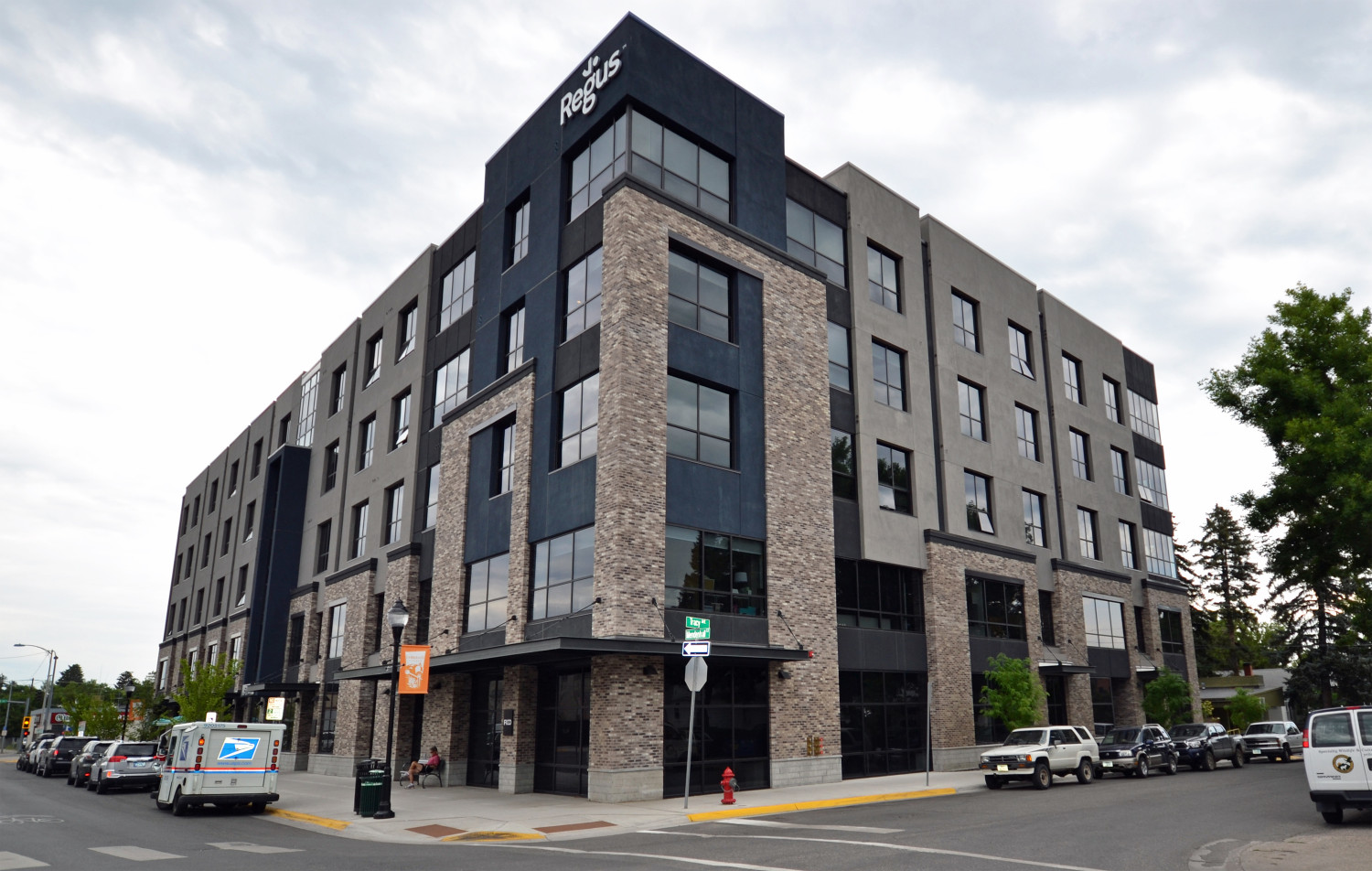 If parking is the number one downtown hot topic, housing is definitely second! Housing is an issue for all of Bozeman and the downtown plan hopes to add 400-800 residential units. They will be a mix of townhomes, duplex/triplex/fourplex, and multi-family. We can see this growth already happening with the current downtown construction.  The plan is to encourage density to allow for a variety of housing types, sizes, and prices.  It includes taking in recommendations of the Affordable Housing Action Plan (coming in 2019) and working with HRDC to address accessible housing options. There is talk of relocating the B-3 boundary line.  B-3 is the downtown district that encourages density which has caused controversy with residentially zoned neighborhoods nearby. The hope is to strategically relocate the boundary to address potential future challenges while reinforcing existing downtown and neighborhood areas on either side. With this comes some changes to building heights, which the community plan hopes to diversify with buildings that range from 3 to 7 stories. The housing issue in downtown and all of Bozeman will certainly take more time and consideration to work with the growth.

Thinking of moving to Bozeman? We don't blame you!