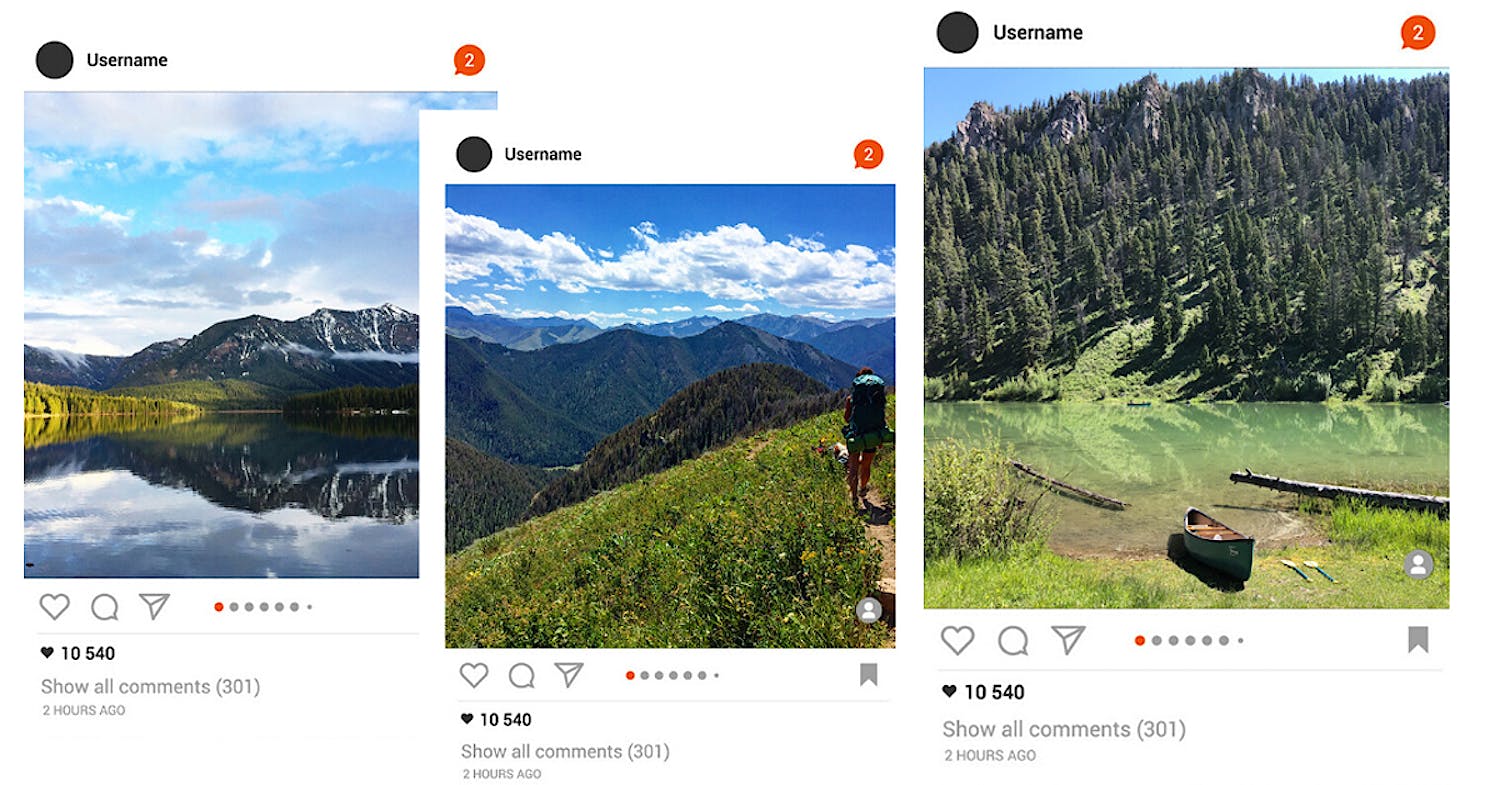 In 2016, an article written by a Montana photographer accused Glacier National Park of “destroying itself from the inside” with an Instagram driven marketing strategy. He criticized the park’s social media program for “encouraging misuses through its Instagram feed by sharing photographs of people doing things that are at least questionable, and in some cases outright against park policy.”

As a way to increase visitation, the park had zeroed in on Instagram, posting photos of stunning scenery and wildlife. And it worked. The park’s first Instagram post was in January 2014. As their collection of photos and followers grew so did their visitation numbers. Between 2015-2016 park visitation increased 25% compared to 1% growth the previous year. *visitation numbers via nps.gov.

While that spike in visitation numbers cannot be entirely attributed to Instagram, the impact of this strategy was hard to ignore. The hashtag #glaciernps grew to have more than 100,000 photos of the stunning scenery that Glacier is known for. But as more people were drawn to the park, many driven by the promise of the perfect photo, problems started to surface. Instagram photos of tents pitched in areas where there is no camping allowed, models in their underwear at popular viewpoints or photos of people in restricted areas became common practice. While the photos were gathering thousands of likes on Instagram, you had to wonder, at what cost?

There is a similar issue happening in Yellowstone. As the 5th most visited national park in the nation, Yellowstone welcomes more than 4 million visitors each year. Illegal drone use is common in the park, as many try to get the perfect birds-eye view of Yellowstone’s geothermal hot springs. In 2014, a tourist from the Netherlands crashed his drone into the Grand Prismatic Spring, and drone photos posted on Instagram in 2018 had a New York photographer under investigation by Yellowstone officials. In 2016 a group of travelers known for documenting their adventures on social media were issued federal arrest warrants after they left the boardwalk to take photos around the delicate edges of the Grand Prismatic Spring, causing irreparable damage.

The impact of location tagging

It is a common practice among Instagrammers to tag the location of a photo. But here in Montana where we so fiercely protect our unspoiled wilderness, a seemingly harmless location tag can cause an unwanted ripple effect. Take one of our favorite local hikes for example. Just a few years ago, this hike was no more popular than any others in the area, maybe even less so. You were almost always rewarded with a quiet summit where you could enjoy the views in peace. But, the views from this hike have been discovered as the perfect backdrop for an eye-catching ‘gram and now, you’ll often find groups of people at the top trying to get the perfect shot.

An argument in favor of this would say that this is a positive thing because people who would not otherwise get outdoors for a hike are now hitting the trail to “explore”. But is it really exploring when you know exactly what is waiting for you at the top? And since these people do not regularly get out to enjoy the wilderness, they are neither aware nor necessarily concerned with best practices in the backcountry. Like leave-no-trace, low impact hiking and yielding to other trail users.

Call us old fashioned but there is beauty in exploring with no guidance other than a map and a guidebook description rather than a location tag and the promise of an Instaworthy shot.

So, what can we do? The answer is not to stop Instagramming, but to consider your impact on the places you are posting. Rather than tagging specific locations, consider tagging a general location. Rather than visiting a place for it’s “Instagrammability” consider exploring just for the sake of getting off the beaten path. Rather than being driven by the promise of the perfect photo, consider visiting less popular places to create your own experiences rather than mimicking the experiences of others. We are lucky to live in an incredibly beautiful place, let’s do what we can to protect it!

Can You Still Buy a Home During the Coronavirus?

While we may be in the middle of a global pandemic, your house hunt does not have to stop. Many people are worried about how the coronavirus might affect the...

Fall is such a glorious time here in Bozeman! The colors are beautiful, there's a chill in the air and everyone is soaking it up before settling in for a...

Living in Bozeman, Montana – The Good and the Bad

As Bozeman continues to get national attention for being one of the best places to live you have to wonder is Bozeman Montana really such a wonderful place to live...