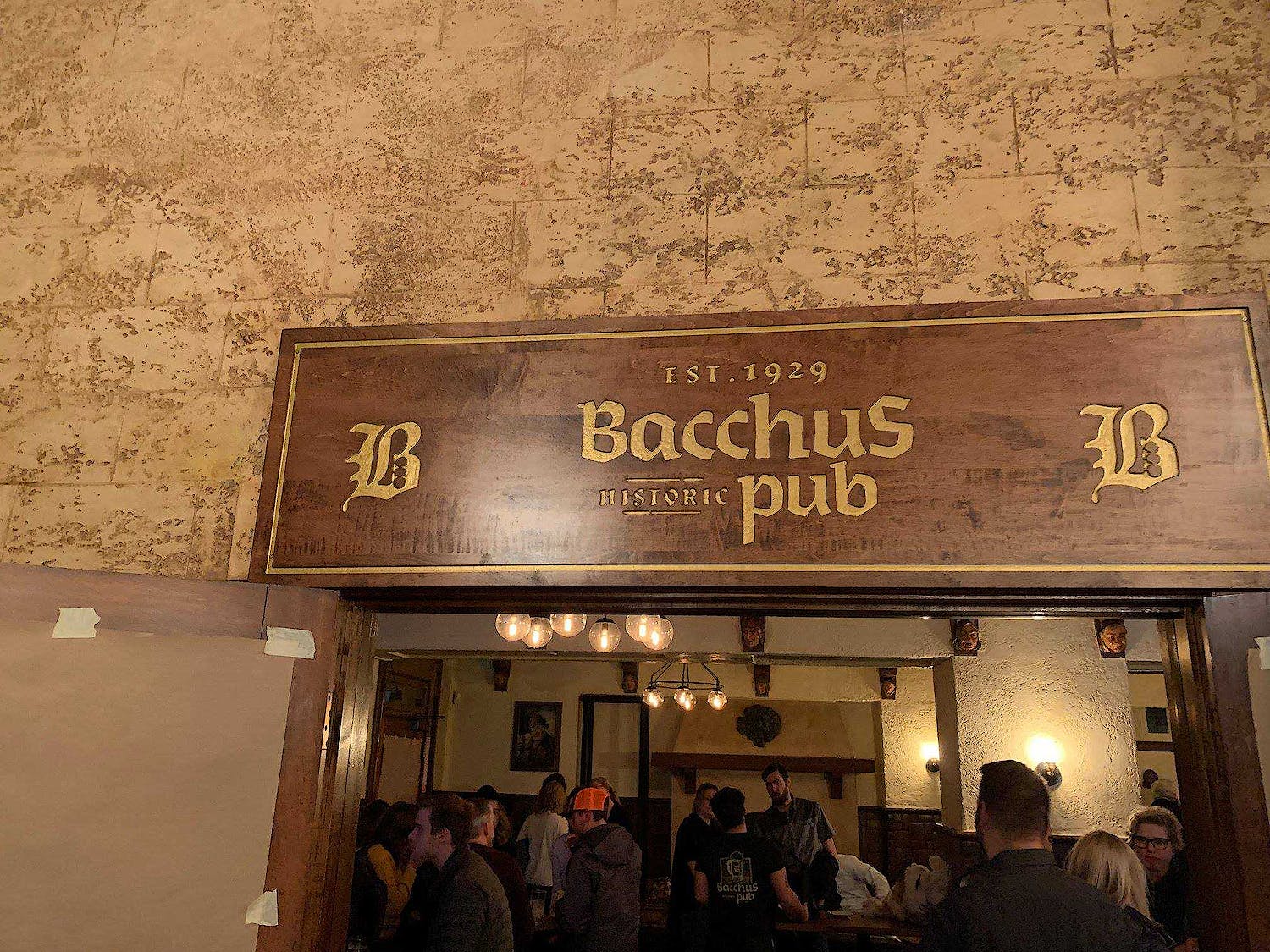 The Bacchus Pub has a long history in Bozeman. It has been opened and closed under new management several times over the years, but one thing has stayed consistent and that is its popularity with Bozemanites. Which is why we are thrilled that not only did it just reopen, it has the same vibe we have all come to love from the Bacchus.

Its history dates back to the 1920's, when the space was the Baxter Hotel Coffee House run by a German immigrant, Eugene Graf. Later it became the Bacchus Pub, a place for the community to gather with a European-inspired atmosphere. There probably aren't many of us that remember it way back in the day, but we like to imagine it was a gathering place for friends and family to eat and drink, much like we love to do today.

For the next 30 years, it operated under a variety of owners and then was closed from 2005 until 2008. It strayed from the Bacchus concept for awhile when it was Melaque, a Mexican restaurant. After Melaque closed the owner of the building said there were several people who wanted to lease the space, but the concern was they would change it drastically, losing the rich history and connection to the community. He held out for someone who would preserve this and in 2008, the right people decided to open under the original name and concept. They wanted to bring back the old European-style restaurant of the Bacchus. The idea worked for nearly a decade until sadly it closed in March 2017. This was heartbreaking for the community, as the Bacchus had become the place to go for after work drinks, late night happy hours and family lunch and dinners.

For nearly two years, there's been a hole in downtown Bozeman and finally, after much anticipation, the Bacchus Pub has reopened! They made a few minor changes like new signage and light fixtures but everything you love about the Bacchus is still there. The history, the monk heads, and the curry fries! It's the place you want to cozy up at the bar on a winter night and soak up the sunshine on the patio in the summer. They have a full menu with pub plates, soups and salads, shared plates and a kids menu. Plus a campfire cookie for dessert which looks delicious...chocolate chip cookie, with marshmallow, chocolate sauce, and salted caramel, yes, please! They will be open seven days a week from 11 am until 10 pm. In a town that is constantly changing and growing, it sure is nice to have the Bacchus back.

While more chain stores open up downtown, there are still a number of local retailers and businesses. If you want to shop local, here is a list of the best...

For more than a decade the fate of Bozeman’s Rialto Theatre remained unknown, and now after nearly 2 years of construction, the Rialto Theatre is opening its doors bringing an...

8 New Bozeman Businesses You Should Know About

With everything from vegan restaurants to urban axe throwing, there's a lot happening with these new Bozeman businesses!...